The programme contains a mix of classic and more contemporary works. The band will be performing Arabian Nights as its major work which the band is enjoying getting to grips with, and which will be familiar to many in the brass banding community. The concerts will also feature the world premiere of “Te Wā Heke Mai: The Future”, a commission written for the 2023 National Youth Brass Band by former band member, Dale Vail. Nic Scott will perform a number of solos with the band, including Deja Vu by Oystein Baadsvik and Eastern Folk Dances 3rd Movement by Etienne Crausaz. 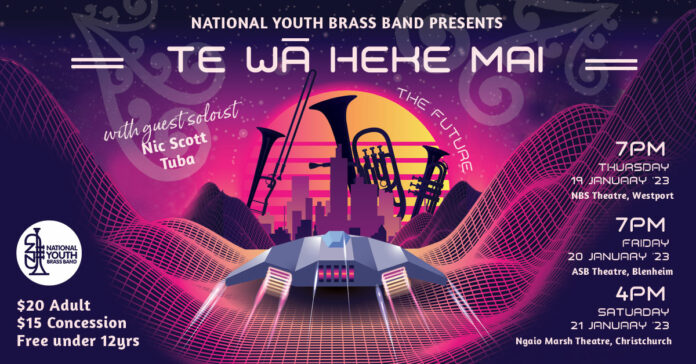